“There is some confusion about market franchise rights in our council as there are a number of markets within close vicinity of us.”
Market Manager, online submission

Markets operate under a legislative framework. In addition to the practical operational matters such as food hygiene, health and safety, insurance, and consumer issues, it is important to understand the powers under which markets are held.

One of the great attractions of markets is their historical background, with many markets claiming to have origins going back a thousand years or more. Royal charters have been one of the most common sources of market powers — Worcester (899), Warwick (914), and Cirencester (1086) are examples of some of the earliest royal charters.

Of course, since these early days, other powers have emerged. More recently markets are recommended to rely on the current legislation which is found in Part III of the Food Act 1984. This provides the modern statutory code for the acquisition, creation and operation of markets.

This is particularly important for local authorities in the context of their role in licensing or granting planning approval for markets.

One of the most important features of royal charters and market legislation is the ability to use these powers to control other markets within a six and two-thirds miles radius.

This issue has been the subject of many court cases and parliamentary debates. The most recent case of any real significance is Leeds City Council v Watkins (203) EWHC 598 (Ch) (203) UKCLR 467 which explored in great detail the Council’s licensing policy and the merits of using market powers to control the holding of other markets.

“Current guidance from the Government about the European Services Directive threatens our ability to control the trade balance on our markets.”
Market Manager, Ashton-under-Lyne Roadshow

The European Services Directive became part of United Kingdom legislation on December 28th 2009. The Government issued detailed guidance on its provisions and you can access this guidance here.

The European Services Directive covers a range of licensing functions undertaken by local authorities but there is still a lack of clarification on how the directive operates in practice.

It will be noted that NABMA and NMTF are still engaged in dialogue with the Department for Business, Innovation, and Skills on the impact of the directive on pedlars and street trading.

As far as market rights are concerned local authorities can continue to use them provided the requirements outlined by Mr Justice Smith are respected and there is a structured regulatory approach to their use.

Allerdale Borough Council is an example of a local authority that has adopted a modern Markets Policy which should stand the test of any challenge.

NABMA provides a checklist on the action a local authority needs to take in order to protect its market rights. The checklist can be accessed here. 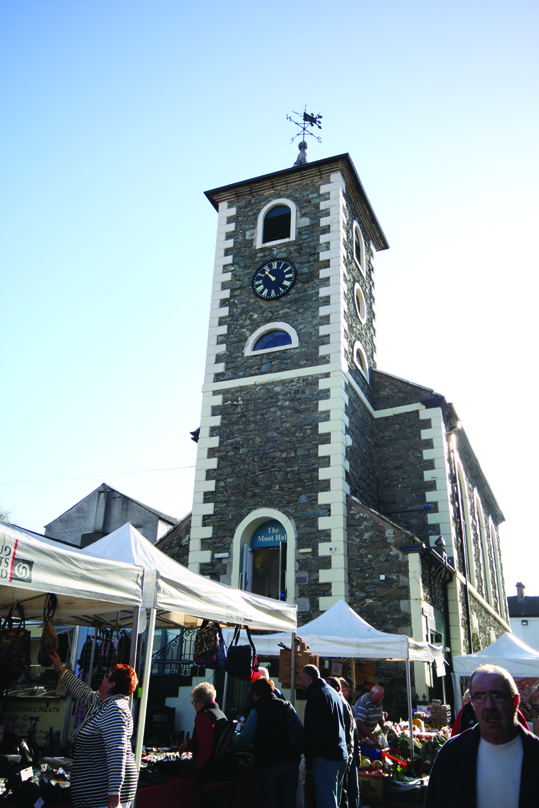 A local authority should see a Markets Policy as a proactive approach to control the balance, quality and regularity of markets within its area. Approached in this way, it will meet current legislative requirements.

It is important, where partnership arrangements exist, that there is a clear understanding about where responsibility resides for dealing with market rights issues. Where the local authority licenses another market operator then it is recommended that the local authority retains the responsibility for dealing with market rights issues.

Market powers and rights are essential cornerstones for protecting the future of the markets industry but there are wider legislative issues that demand action to ensure that markets continue to prosper.

The implementation of the requirements of the European Services Directive has been a slow and tortuous process. Initial proposals to change the definition of a pedlar were shelved and the government retreated to confirm retention of the 1871 legislation although the government has indicated its intention to strengthen the certification process.

With regard to street trading the government has now indicated that changes will not take place until at least October 2016.

Both NABMA and the NMTF are seeking to have markets removed from the legislation particularly as one of the important changes currently proposed will prevent markets maintaining an effective balance of trade policy.

This is because, under the directive, it is argued by government that you can no longer refuse a new trader permission to stand at the market on the basis that the goods he wishes to sell are already represented at the market.

We feel strongly that such a requirement will work to the prejudice of many of our markets.