FROM CUSTODIANS TO CURATORS 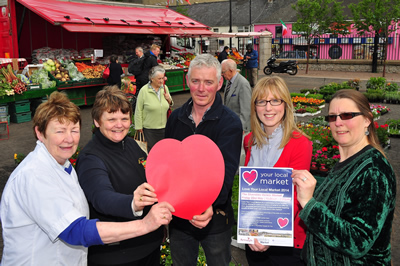 “The job has moved on from a regulatory role. Now it has aspects of a business development, marketing and events management.”
Market Manager, Newcastle-under-Lyme Roadshow

There are 1,225 retail markets in the UK made up of 334 indoor markets, 373 street markets, 98 covered markets and 385 outdoor markets. Sixty-five per cent of the sector is in public ownership with 796 markets run by local government (predominantly principal authorities).

This is because the power to control the buying and selling of goods was once controlled by rich landowners, the rights to which were subsequently bought by councils. Many have adopted legislation which enabled them to establish markets within their areas.

These powers grant local authorities the right to operate markets and control the franchise of markets (including market-type events, eg fairs and festivals) within their jurisdictions, although there are some landowners who continue to enjoy the privileges.

Others also run markets, including commercial companies, community interest groups, schools, colleges and enterprising individuals. There has been a surge in the quantity of non-public markets over the past five years and NABMA and the NMTF expect this trend to continue.

During times of economic recession it is common for traditional retail markets to receive a boost. In the eighties and nineties, market operators had a constant queue of casual traders turning up to trade on their markets. The role of the market manager was focused on regulation.

Fast forward to 2015 and the retail industry has experienced seismic change. Ninety-four per cent of the UK population has access to at least three brands of supermarket within 15 minutes of home. One pound in every seven is spent at Tesco. Discounters, such as Aldi, are eroding the Big Four.

Internet retail has sustained a year-on-year growth since 2008. Average weekly spending online in May 2015 was £791.3 million and accounted for 12 per cent of all retail spending17. Led by an increase in smartphone use, experts forecast this will increase to 21.5 per cent by 2018.

Retail markets are not the only ones struggling to compete. Since 2008 footfall across town centres has declined year on year and many continue to suffer with high vacancy rates. High streets are being encouraged to look “beyond retail”.

Traditionally markets have been a cash cow for many local authorities with profits syphoned off to bolster other services. But for 66 per cent of retail markets in the UK, the profitability of the markets service has either decreased or stayed the same since 2014.

The retail markets sector is facing a period of renewal and it is clear that the traditional roles have changed. Working with and alongside market traders, NABMA and the NMTF are advocating that market officers move beyond custodianship to become curators of a market place. 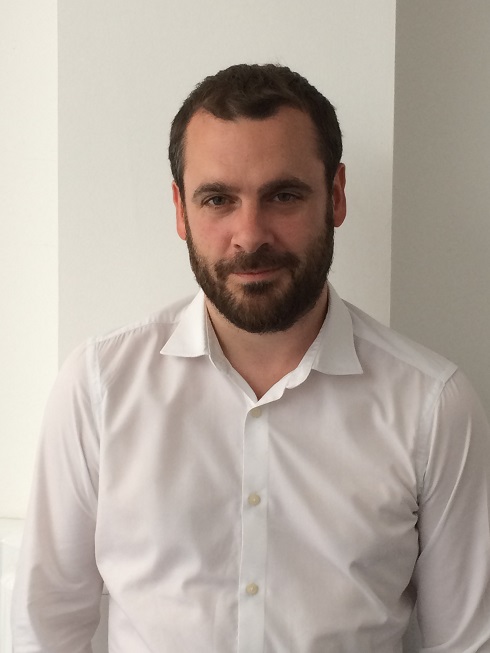 “To run a markets service, you have to have a team with a diverse range of skills: accountancy, health and safety, business management, human resources – to name just a few.”
Market Manager, Cambridge Roadshow

Markets occupy varying positions within the portfolio of services provided by local authorities. Due to the squeeze on local government since 2008, many experienced market managers have left the sector. New entrants are increasingly being repositioned from other council departments.

Officers therefore have diverse backgrounds and varying knowledge about market operations. It is common to have a division within a team between officers who are desk-based, often senior managers, and officers who are market-based, such as junior officers and rent collectors.

In-house training is crucial to developing confidence, competence and skills. Consultation with the sector revealed that officers develop personal networks across markets authorities for support and guidance on a range of issues. Some are beginning to formalise these networks.

A priority for NABMA is to provide training opportunities to professionalise market managers. Since 2011 more than 70 market officers have undertaken the Diploma in Market Administration (DMA), which provides an introduction to the skills needed to be a successful market officer.

“You need to have a thick skin to be a market manager. Some traders can be verbally aggressive – you need good people skills and to be able to negotiate.”
Market Manager, Bridport Roadshow

Formal qualifications aside, it is integral market officers are able to develop business-to-business relationships with market traders. To manage a retail market is to work with a group of independent businesses who depend on that market for their livelihoods. Honesty and fairness is key.

Despite all of this, it is arguable that retail markets in the UK lack a firm direction. The majority of operators struggle to measure economic performance to be able to demonstrate the value of their markets. Many do not have a business plan or policies in place to manage the balance of trade.

Operational skills are the nuts and bolts of market management but NABMA and the NMTF recognise that for retail markets to prosper, market operators need to be able to confidently deliver a markets service to the 21st century customer. 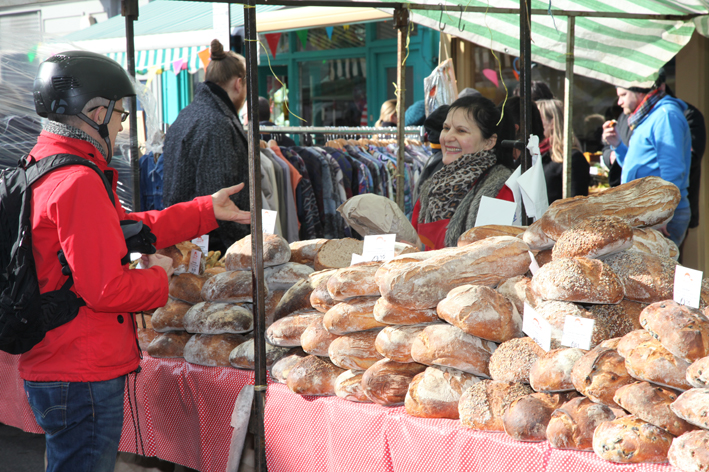 “Our market has a website but it only has one line about each trader. It would be great if it had areas for traders that we could update regularly ourselves.”
Market Trader, website submission

There are great examples of retail markets all over the UK that provide an offer that connects with the needs of the diverse communities they serve. But it is notable that innovation within the sector is largely led by private companies and community groups and not by local authorities.

Owing to the ability to run the market as a business without the baggage of bureaucracy, which many officers from local authorities frequently claim clips their wings, these are markets run as events, quickly able to improve and expand their offer to cater for a targeted customer base.

These non-public operators curate market experiences that include cultural attractions, such as art, theatre and music. Markets are crafted into brands in which customers are guaranteed an experience aligned to their lifestyle choices. The rise of the street food market epitomises this.

Like officers within local authorities, professional backgrounds are diverse. A key point of difference is a marketing-led approach to market management, which starts with a vision about how a market can satisfy a specific need within a community and translates into operation of the market. 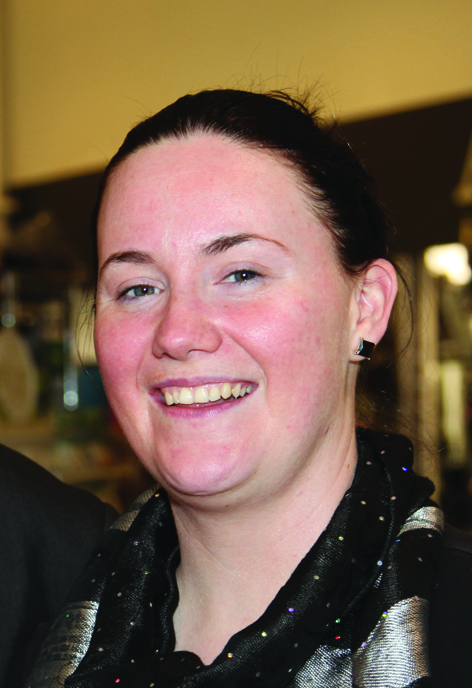 In addition, local authorities are increasing the amount of specialist markets and market-type events they run, such as craft fairs and food festivals. Not only are these good revenue earners but they provide platforms to introduce new businesses to traditional retail markets.

New entrants into the sector promote themselves on social media and accept cashless payments from their stall. And although most markets have an online presence, their main purpose is to provide information rather than to engage in conversation.

The sector must embrace technology and work to translate the identity of the markets into the digital world to connect with the next generation of market shopper, not only to sustain retail markets in the short-term but to enable them to flourish in the future.

Proactive market officers are also business development managers. By offering advice and guidance to market traders, including some home truths, officers build partnerships with traders and ensure the well-being and profitability of their market. This takes us beyond regulation.

During this period of renewal, NABMA and the NMTF are challenging operators to evaluate the way they are running their markets, to audit the skills within their teams and to re-visit the propositions of the markets they curate. Have a vision and be ambitious.